To be added to our audition email list, email us at info@mariettatheatre.com with your name and email address. 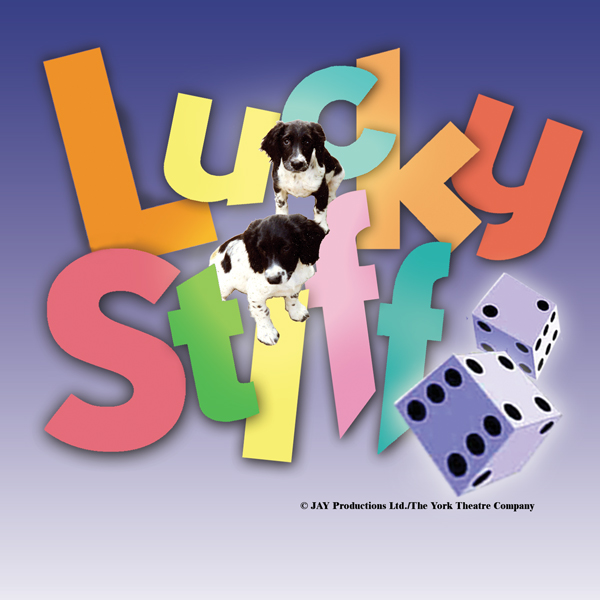 Lucky Stiff is an offbeat, hilarious murder mystery farce, complete with mistaken identities, six million bucks in diamonds and a corpse in a wheelchair.

The musical comedy Love is a Many Splintered Thing is a fast-paced, zippy show about— what else?— relationships, looked at through nostalgic Top-40 hit songs of the past four decades. A company of six takes the audience on a journey from high school through adulthood, tracing the paths that each friend eventually follows. Incorporating established song lyrics to tell a new story in a unique way, Love is a Many Splintered Thing features recognizable hits from everyone from Neil Diamond to Cher, Connie Francis to Elton John, Liza Minnelli to india.arie. Tony Award-winning actor/singer/dancer Hinton Battle arranged the music, weaving songs of falling in love (“The Look of Love” and “Dizzy”) together with songs of sexual desires (“Lady Willpower” and “Should I Do It?”), telling stories of love’s aftermath (“Maybe This Time”), truths about boys (“The Wanderer” and “Did You Ever Have To Make Up Your Mind?”), and the realities of marriage (“Wedding Bell Blues” and “Bridge Over Troubled Water”), the end of the honeymoon (“You Don’t Bring Me Flowers”), betrayal (“Does He Love You?”), and ultimately love’s redemption (“Baby Come Back”) and renewal (“After All” and “Everlasting Love”).

There’s a new tenant at Armadillo Acres—and she’s wreaking havoc all over Florida’s most exclusive trailer park. When Pippi, the stripper on the run, comes between the Dr. Phil–loving, agoraphobic Jeannie and her tollbooth collector husband—the storms begin to brew.

It’s a dark and stormy night, and you’ve been invited to a very unusual dinner party. Each of the guests has an alias, the butler offers a variety of weapons, and the host is, well . . . dead. So whodunnit? Join the iconic oddballs known as Scarlet, Plum, White, Green, Peacock, and Mustard as they race to find the murderer in Boddy Manor before the body count stacks up. Based on the cult classic film and the popular board game, Clue is a madcap comedy that will keep you guessing until the final twist.